On June 29th our 4th album was delivered (our 2nd with Fat Hippy Records) and we feel it is as fine a collection of Lorelei tunes as you are likely find!

We will spend the remainder of 2015 plugging Roaring throughout the UK following our launch weekend mini-tour of Aberdeen, London and Edinburgh.

You will find Roaring on iTunes or you can purchase it from Amazon.

Obviously we are a bit biased about our new baby so lets let the nice people at Inverness Gigs reinforce what we believe!

New Album ‘Roaring’ by The Lorelei. A review. 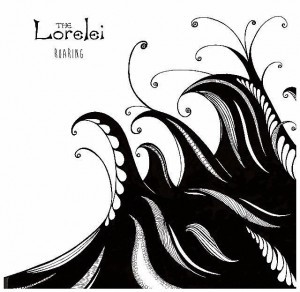 The Lorelei have been stomping about the North East of Scotland and beyond since the early Nineties and throughout that time they’ve built a loyal and passionate following. A break for a few years during the early Noughties did nothing to lessen fan enthusiasm and their comeback show in 2006 at the Lemon Tree in Aberdeen was a sell out.

Nine years later and a recent show at Brew at the Bog prove that they still know how to party. And this, their fourth album in twenty-five years, cements that reputation even further.

Album opener ‘Roll Out of Time’ is out of the block like a shot, the dueling strings of Beefy’s guitar and Flossy’s mandolin showing that The Lorelei aren’t about to rest on their laurels any time soon. (I’m not even a little bit sorry about that awful excuse for a pun).

‘First Kiss’ starts with stirring drum roll that mimics the racing heart of that first kiss and features a duet between lead singer John and relative newcomer Diane Beattie. The album isn’t without it’s quieter moments though, ‘KOLNR’ slows things down and is complemented by a gentle Viola melody. ‘Sweet Lorelei’ is full on folk rock, pub band, rabble-rousing, anything but sweet but everything that the band are known for in terms of energy and enthusiasm.

‘Still Believe’ has an opening riff that gives Angus Young a run for his money and should prove to a popular live number. I asked Beefy if that was deliberate on his part and he says “I’ve had that riff for a couple of years. More Maiden inspired for me but the connection is very obvious on the track. It’s a real crowd pleaser since we got the song together.”

It’s genuinely very difficult to find anything to criticise on this album, the production is of a very high standard and the band themselves have chucked everything they have at it. The partnership with Fat Hippy Records is working well and it’s one that does the band and the label credit. There’s no sign here of a band sitting back, ‘acting their age’ or behaving themselves. This is evidenced in their live shows and on most definitely on this latest release.

The album does indeed roar, but they’ve not been afraid to temper it with the odd purr too.

I’ll leave the last words to Beefy… “We decided that we are old enough that we earned the right to do what the fuck we want!”