With the Capital Cities out ofthe way (sorry again Cardiff) the next adventure for our ragtag bunch of heroes  was to play at Speyfest. Speyfest is a bespoke festival in Fochabers with a heavy traditional folk flavour, but organisers have long wanted the Lorelei to mash their tatties and the band have previously been described as sounding like a rock band and folk ensemble having a “square go”. 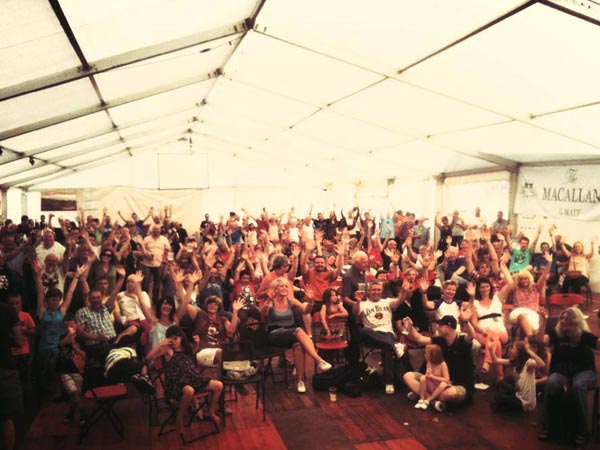 To give you a feel for what Speyfest is all about the Organisers say: “The Small town folk festival with big ideas! Three days of concerts, ceilidhs and Stomps, with some of the biggest names from the world of traditional and contemporary Celtic music and all in the beautiful village of Focahbers on the banks of the river Spey. It just cant get any better than that. Or can it?”

It can. And it did! Speyfest have a loyal and enthusiastic bunch of followers who will embrace you if  you understand what the festival is all about.  Our first gig was at 4pm with dancing kids, OAP hecklers and a 300 strong impromptu choir inside a baking hot tent. Our Speyfest debut was met with a warm reception for our splendid racket and a great deal of friendly banter. We had won our place.

After several hours of sunbathing, beer quaffing ,gig watching, chilli eating and chatting with other bands, bike gang members and festival organisers, our 11pm slot arrived with a full tent and an expectant buzz. Following the response to the afternoons set the bar was set high and we were feeling the pressure to out-perform  ourselves. Old fans and new converts cleared tables and danced and sang along and, in our humble opinion, we blew ourselves off the stage with our 2nd set! A special thank you to the X Factor panel in front who graciously gave up their seats as their table and drinks were carried off by the dance posse!

A last minute encore, squeezed in by the kind say so of our compère Bob saw a finale of table surfing, beer spilling and John being soaked by an exuberant impromptu water cannon.

Another fantastic pair of gigs, a bunch if new fans and some great new friends. We only have 2 questions though. Why has it taken us so long to know about this gem of a festival and why is it another year until the next one!!!!!!!!

Special thank you’s must go out to:
The afore mentioned Bob
Kev the Soundman, made things work a treat again
Fran and Janet (or Franet) who ran the Green Room
Andy Whyte who made the whole thing happen for us
All on the Speyfest committee
and everyone who came along to support us…….we thank you all 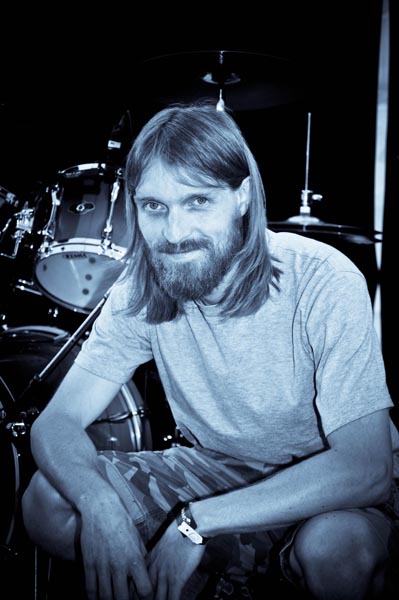 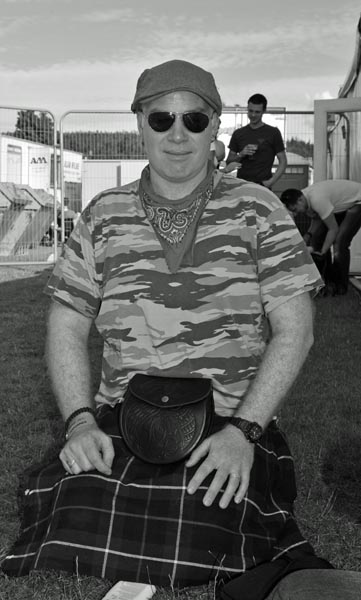 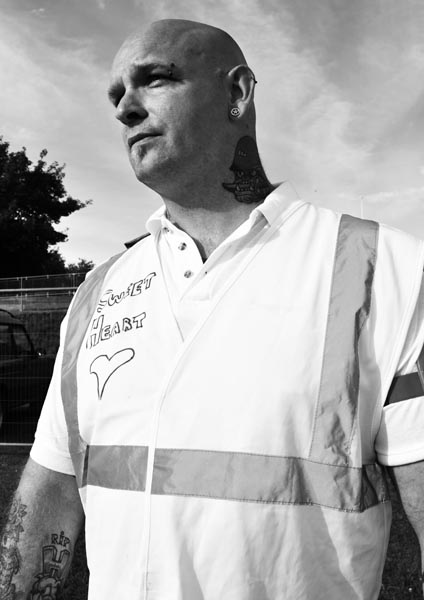