Gear set up, soundcheck completed and very happy with the sound, we now had a couple of hours to relax. As well as a great venue the Half Moon is a great pub with a smashing garden and a great range of beers so it was off to enjoy the sunshine and recover from the journey for the next couple of hours.

It’s a strange thing doing a gig. Even after doing it for 20 odd years the nerves never go. In a town you don’t play so often you worry no-one will be there, you tell yourself it doesn’t matter, it is because of the love of playing that we do this and if there are 20 people there…who cares…as long as they enjoy it. In our position this is largely true but you still dream of a near sell out. You also start worrying about stupid things like if you will remember that song you have played 500 times, if the people who have paid will like you, if you will have the energy to go for the whole set, if you shut the windows before you left the house…..all sorts of things! People deal with it differently, some become withdrawn, some get over animated so if you ever see us before a gig and we appear to be dicks please forgives us!

We had Craig and Dirty Shoes on before us to help take our mind of things and they made themselves a good number of new fans with excellent sets. We have played with CJD a few times now and he has always been mightily impressive but this was our first experience of Dirty Shoes and I am sure there will be plenty more collaborations to come.

It was our turn next and, as usual, as soon as that first chord was played all nerves were gone as the music grabs you. We had a great crowd along and it was a brilliant, hot, sweaty and bouncy gig. Sounds a bit cheesy but when the crowd are cheering your every move you really feed off them, then they in turn feed from your on stage energy and it makes for the most amazing feeling of oneness. The set comprised of a couple of classic oldies, some favourites from Faces and Home and a couple of brand new numbers. Beefy had his bouzouki out which is always a hit and more importantly his recently dislocated fingers made it through the gig. So that was London again, another fantastic night and left them wanting more.

A sprint up the road (in much cooler conditions) after a night at Jonny’s house and a hunt for Keith (who was found curled up in the smallest possible space in the whole house), another lunch stop at the now infamous Hollies (complete with massive plates of food for a fiver and King of the Road mirror hangers) and a traditional cheer as we cross the border, we arrived in Edinburgh and Bannermans all set to do it again. 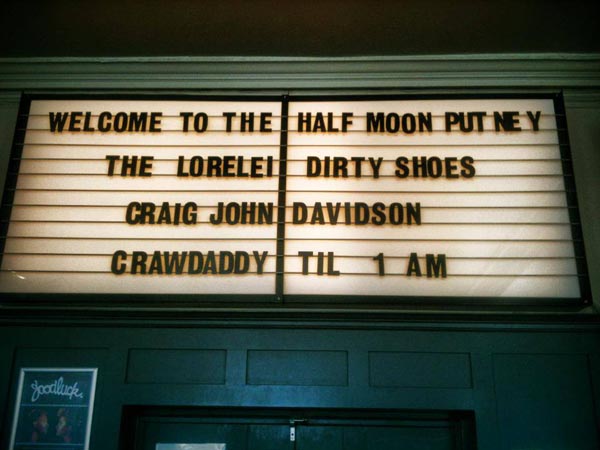 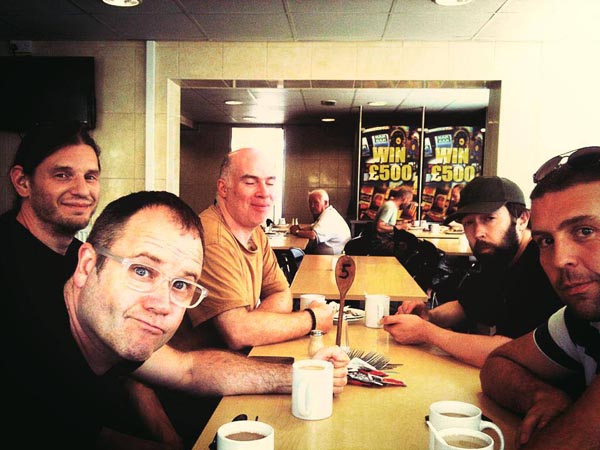